Begin the scenic drive from the Central Highlands to the Caribbean coast in the early morning. Upon reaching the coast, board a jungle boat to meander through the languid tropical rivers and canals of Tortuguero’s lowland rainforest in search of shore birds, sloths, monkeys, and caimans. Corcovado is a true wonder of the world, a magical place in the southern part of the Pacific coast of Costa Rica, in the Osa Peninsula. Enjoy activities like hiking, zip line and snorkeling.

Receive a warm Costa Rican welcome and transfer to the hotel. After the welcome, there is a group dinner at the hotel Wayde Carroll will meet you up with you this evening to go over plans for the comings days.

Savor an early morning cup of Costa Rican coffee and a hearty breakfast before we will be transfer to one of the most biologically intense places on the planet Corcovado. Everywhere colorful scarlet macaws fly overhead and monkeys cavort in the forest canopy. We spot spectacular tropical bird species and are always on Casa Corcovado is located in Drake Bay, on the outskirts of the Corcovado National Reserve on the Osa Peninsula. This absolutely stunning oasis is characterized by jaw-dropping, raw beauty. Corcovado boasts some of the country’s best beaches, most untamed rain forest and most abundant wildlife. Drake bay, specifically, is full of unspoiled beaches and emerald blue waters perfect for swimming. Arrive at the lodge with plenty of time to explore the surroundings.

Enjoy your coffee in the morning before picked up in the lobby at your private tour exploring Caño Island by boat, spotting iguanas, monkeys, and beautiful birds A 45 minute boat ride takes us to Cano Island. Keep a sharp eye out for whales which are commonly seen migrating here almost year round. In a calm, protected bay of the island we float along the surface of the ocean watching schools of colorful reef fish darting through the water below. Cano Island rises like a giant emerald from the sea. Soaring coastal cliffs, white-sand beaches and a densely forested interior make this island one of the most dramatic landmasses in the area. Indigenous pre-Columbian burial grounds on the island have contributed to its designation as a protected archaeological and biological reserve.The diving and snorkeling crowd will be treated to an underwater playground of caves, cliffs and canyons at seven separate dive sites. White-tipped shark, barracuda, red snapper, dog-toothed snapper, and several varieties of rays are a few of the marine species awaiting you. We enjoy a fresh picnic on the tropical island beach leaving plenty of time for another swim before heading back to the lodge.

San Pedrillo is our favorite place in Costa Rica for wildlife photography. The possibilities to photograph numerous species, including larger mammals and predators, are plentiful. Corcovado is home to four monkey species. We’ll spend our time in the heart of Corcovado there will be plenty of photo opportunities. With our baqueano expert tracking ability and instincts, we’ll have a better chance than most folks would see a wild cat in the jungle! There will be a good opportunity to spot all four of Costa Rica’s monkey species, the tamandua anteater, sloths and peccaries.    Birds are abundant here. Corcovado is one of the last strongholds of the scarlet macaw. Other colorful birds to watch for include the black-mandibled toucan, pale-billed and pileated woodpeckers, several species of trogon, and the tiny blue-crowned manakin. If you’re into herps, keep your eyes peeled for tree frogs, glass frogs, boa constrictors and the venomous fer-de-lance. To see more of the wildlife we may encounter at Sirena.

Day 5: We are visiting the home of the Quetzals

Awaken as the sunlight emerges over the sea and the jungle begins to stir.

Transfer to Drake Bay airstrip (45 min) for scheduled Nature Air flight back to San Jose (50 min). Your destination will be in the southern mountains of the Cerro de la Muerte Range. At Paradise del Quetzal you will see a variety of high elevation birds in oak forests and have an excellent chance to observe the legendary Resplendent Quetzal, a bird worshiped as a deity by the ancient Mayans and Aztecs, and which are relatively abundant in the area. Spend the next two nights in Trogon Lodge, part of what is now a protected Forest Reserve, named Los Santos Forest Reserve. It gets its name since most of the towns belonging to the Reserve are named after a Saint (Santo or Santa in Spanish).

The fauna is diverse, where more than 175 different species of birds have been identified.The area is home to Resplendent Quetzal, who lives here year round, as well as other species such as Trogons, Hummingbirds, Great Tinamou, sooty robin, woodpeckers, among many. Other animal species include as felines, tapirs, brockets and coyotes. These forests are also characterized by a high incidence of epiphytic plants. The wild avocados, cedrillos and wild blackberries found in the area are one of the main sources of food for the Resplendent Quetzal, besides the oak forest and trees contribute highly to clean the air, though the fixation and storage of carbon and liberation of oxygen. This is also an area of rivers, where the Savegre River plays a very important role, as host of a large population of Rainbow Trouts (Salmo gairdneri) and a supply of potable water through rural aqueducts.

This day you will spend the day exploring and hiking through the cloud forests of Savegre Valley. After lunch, we head to the home of a local family where we can photograph a number of attractive tanagers, finches, and woodpeckers at their feeders. After this beautiful hike we are back to the hotel and relax. We photograph the beautiful mountain views with late afternoon colors in the sky.

Enjoy a one final walk before transferring to San José. Gather for a final edit-and-critique session back at our hotel this afternoon, and enjoy dinner this evening.
8

This day one of our transport representatives will drive you from your hotel to the International Airport. Check in 3 hours before your scheduled flight home. 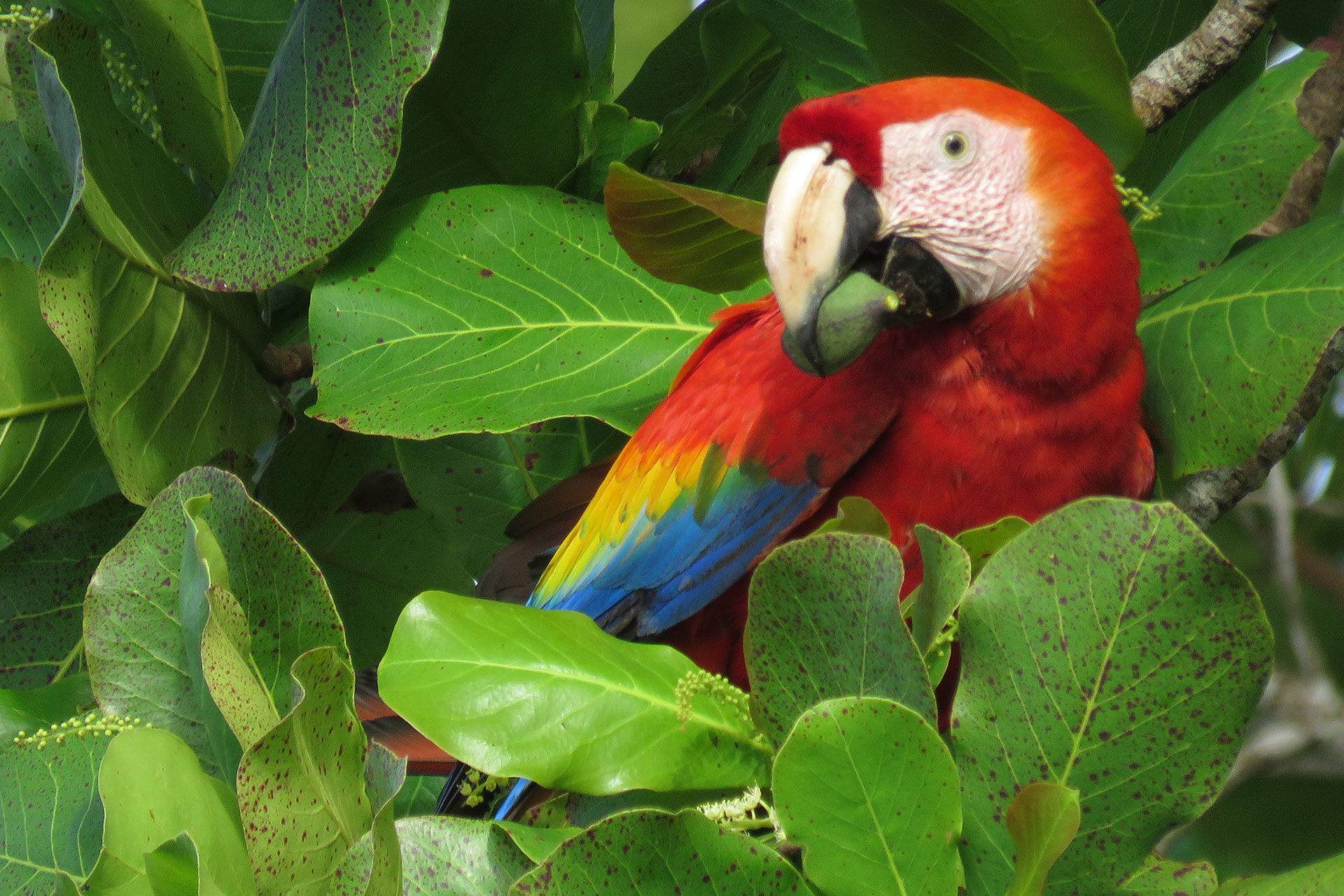 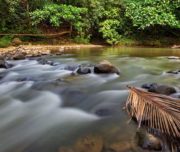 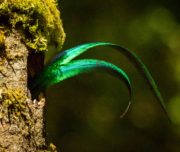 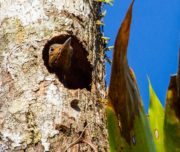 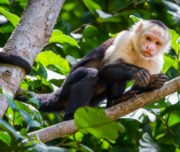 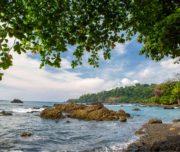 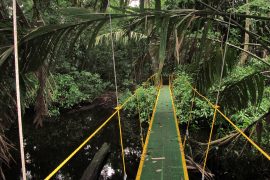 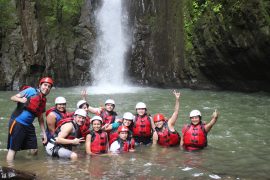 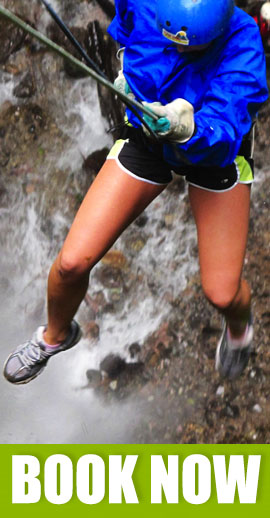